Would you or Wouldn't you: The V Steam 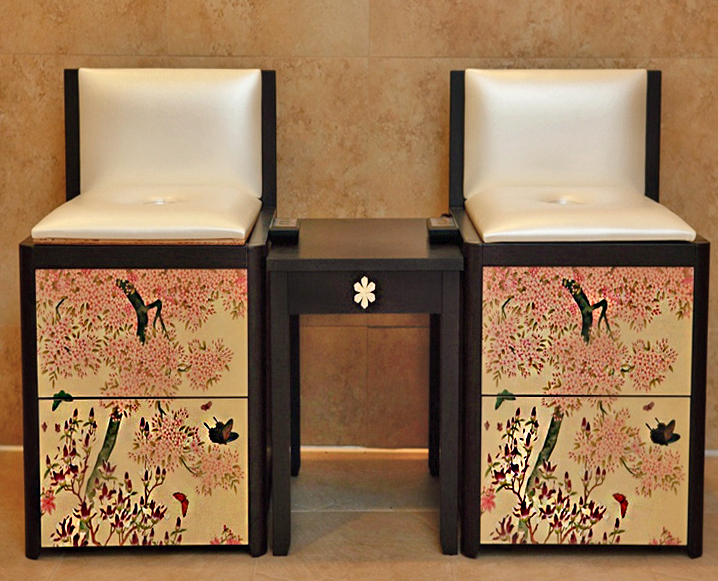 When it comes to a woman’s health and upkeep, a lot goes on behind the scenes. From the painful to the unmentionable, women rarely divulge the actual amount of sweat equity they put in to looking and feeling like their most radiant selves. We’re breaking those boundaries a bit – okay, a lot – and talking about an ancient holistic therapy lovingly deemed the V-Steam.

For you, dear reader, whether or not you ‘would or would not’ is up to you, but for brave soul and contributing editor, Lauren Felts, this was something more of a mandatory assignment. We recently sent Lauren out to Santa Monica’s Korean Tikkun Spa to investigate this intriguing therapy. Here’s Lauren…

Dear readers, let’s not mince words. In this, the ultimate ‘would you or wouldn’t you’ feature, I took one for the team and was the first to try this holistic therapy for the nether regions. Let’s get right down to business. What exactly is a V-Steam? Well, it’s exactly what you think it is: a steam bath for the vagina.

The V-Steam (“chai-yok”) is an ancient Korean ritual utilizing steam from boiling mugwort tea laced with wormwood and other Chinese herbs and used to target a variety of ailments and conditions in a short 30 minutes.

These kind of herbal vaginal steam treatments are believed to stimulate the production of hormones, thereby maintaining uterine health and regular menstrual cycles. They are used for hormonal acne, circulation and digestive disorders, but that’s not all: V-Steams can be modified to target specific conditions by altering the herbs used. Most notably, V-Steams can purportedly be used to boost fertility and to nourish a post-partum mother. Fascinating, right? We had to know more.

I arrived at Tikkun Spa feeling fatigued and a bit run down, looking forward to the next hour of dedicated spa rejuvenation. Once I changed into my spa-ready garb, I took a seat in the salt rock-lined infrared room and tried to find a zen-like moment to prepare me for the unknown ahead. Within a few short minutes, one of the lovely spa specialists came to ask if I would mind sharing my V-Steam treatment room. Slightly shocked, my suddenly unassertive self replied, “…That would be fine!” What followed was immediate regret and self-criticism for the reply, and my anxiety surrounding the treatment grew. Not only was I clueless about what this treatment involved, I was now faced with the prospect of sharing it with someone else.

The spa specialist led me toward a treatment room that smelled of flowers and herbs. The room was filled with six toilet-like chairs adorned with decorative Korean paintings and the friendly face of my new treatment buddy named Kelly. I was given a long gown to change into – yes, right there – and was told to take a seat. Overcoming my fear of public nudity, I quickly changed into the gown.The gown drapes over the specialized steam chair as you sit. Within seconds if sitting down, the steam’s heat began to rise and I knew there was no turning back. Our spa specialist informed Kelly and I that we were each to sit still on our steam chairs for the next 30 minutes and meditate on the cleansing process. Instantly, the concept of one half-hour dedicated to vaginal meditation seemed overwhelming – I had never given more than a few seconds of thought to my womanhood! To my great fortune, my V-Steam ‘roommate’ Kelly was the chatty type and I was quickly calmed by her warm conversation.

I must say, the V-Steam treatment gets hot. I mean really hot. Not only because you sit atop a bowl of steaming herbs, but also because of the infrared heat. This was how Kelly and I bonded. We were elated to find that we had control over the temperature and agreed that we were both wimps. We turned the temperature down to a level one.

To my surprise, our conversation flowed easily, and whether it was due to our intensely vulnerable state or the sense of euphoria created from detoxification, our 30 minutes were up in the blink of an eye. We fondly said goodbye after quite the bonding experience – and one of the most out-of-the-box healing therapies either of us had ever tried.

While I cannot validate the evidence of the V-Steam’s fertility and digestive claims, I can firmly attest to its energy-enhancing effects. As soon as I walked out of the spa, I felt revitalized and full of life, with no signs of the fatigue that ailed me upon my arrival. If all the treatment had brought me was a good mood and a sense of achievement, then the V-Steam was worth my seal of approval.

What do you think? Would you or wouldn’t you try the V-Steam? For all of it’s unfamiliarity to us here in the West, we’re certainly open to such a non-invasive procedure that could possibly help those suffering with infertility. Have you or someone you know ever used this type of steam treatment to help with infertility or other important issues? We want to hear about it!