I Tried Cryotherapy + Felt Amazing: Here's What It Was Actually Like 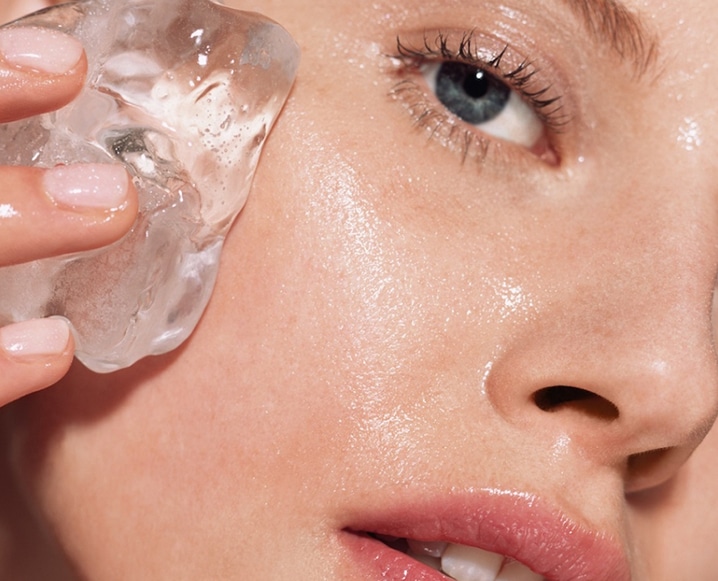 If the thought of spending several minutes in a -180°F chamber sounds terrifying, you’re not alone. Cryotherapy, also known as cold therapy, is the use of low temperatures to treat a variety of tissue lesions. Many athletes and fitness devotees use it to fight post-workout pain and inflammation.

We’ve heard about the mind-body benefits of cryotherapy non-stop for years, but do the health perks outweigh the potential discomfort of extreme cold? Wellness lover and author, Amanda Haas, breaks down her first-hand experience in her new book The Vibrant Life: Eat Well, Be Well and it might actually leave you convinced to try it…

When I first heard people at my gym talking about cryotherapy—also known as cold therapy—after a spin class, I thought, They’re crazy. I like to think I’m open-minded when it comes to managing my back and joint pain, but the idea of stepping into a freezer that is -180°F [-118°C] for two minutes sounded downright horrible!

But when I reinjured my lower back, I decided I’d test out the hype. I visited Tim Fitzgerald, founder of U.S. Cryotherapy in Walnut Creek, California, to see what this treatment is all about.

The Health Benefits Of Cryotherapy

Cryotherapy is the therapeutic use of low temperatures, ranging from applying an ice pack to sitting in an ice bath to spending several minutes in a -180°F [-118°C] cold chamber. When applied to the whole body, cold therapy is known as WBC (or whole body cryotherapy). First explored by Dr. Yamaguchi in Japan in the late 70s and now popular in Europe, cryotherapy was designed to reduce musculoskeletal pain and inflammation.

The premise is that when your skin temperature is lowered by 30 to 45°F [-1 to 7°C], your skin receptors stimulate the nervous system, causing vasoconstriction—the narrowing of the blood vessels. When you return to normal room temperature and vasodilation occurs—enlarging the blood vessels again—your body releases oxygenated blood that is nutrient-rich, helping flush out toxins and reduce inflammation. Many athletes are turning to cryotherapy for muscle recovery during intense training. I was curious about the other perceived health benefits, most notably the claims that it can reduce inflammation and help relieve muscle pain, improve energy, reduce anxiety and depression, and even promote weight loss.

How To Try It…

There are two types of cryotherapy clinics popping up around the United States: Those that use electric walk-in chambers and those that use cryosaunas. An electric walk-in chamber is like a large walk-in freezer in a restaurant—except much colder! It is cooled with a condenser with jet fans, and can fit three or four people in it comfortably. The electric walk-in chamber I was in had a very large window in the front facing out, so I could see the person operating it. (This was a huge relief as I set foot in the -220°F [-140°C] chamber for the first time!) A cryosauna is a capsule that you step into. Your head and neck are left exposed, so you can see what is happening around you. Instead of using a condenser fan to chill the space, cryosaunas use liquid nitrogen vapor.

With either method, you’re asked to wear as little clothing as possible, so your skin has as much contact with the cold as possible, except for covering your most sensitive extremities.

The attendant, Tim, explained that the first session lasts for two minutes. (As your body adapts, sessions can last for up to three and a half minutes.) And luckily, he let me select a song, so the time would pass more quickly. Tim instructed me to move around slowly in the tank, rather than stand still, to help the time pass (and also to prevent windburn and shivering, yikes!). Many people do slow push-ups, squats or stretch the areas where they’re experiencing pain, in order to bring more circulation to those areas. If you move around too quickly, it can cause skin irritation because you’re creating your own windchill. Slow and controlled movements enhance the experience.

Here’s What I Thought Of Cryotherapy…

I finally got up my nerve and stepped into the chamber. My first thought was, How do I even breathe when it’s this cold in here? Then panic set in, and I thought I was going to freeze to death, but I looked out the window for reassurance from Tim. And I reminded myself that I could walk out at any time if necessary.

The cold indeed took my breath away, but after a few seconds I established my breathing and tried some slow movements the other person in the chamber suggested. Pretty soon there was a computerized voice telling me sixty seconds had passed; then ninety; and then we were in the home stretch. I’d made it!

When I stepped out of the chamber, Tim took my skin temperature. They’re looking for a 30° to 45°F [-1 to 7°C] drop in the skin’s temperature to reap the most benefits. (If your skin temperature doesn’t drop enough, they recommend you extend your time in the chamber by fifteen to thirty seconds on your next visit.) Mine had dropped by 40° [4°C]!

After they read my temperature, for vasodilation, Tim had me hop on a bicycle and pedal slowly for five minutes (he told me that other types of light cardio would also work). The cardio helps speed up the vasodilation.

So, what did I think? After a day or so had passed, I felt less inflamed in my trouble areas. My joints felt better. It took a few more visits for me to notice a significant improvement. When I asked Tim about how many treatments you need for maximum benefits, he said it can vary greatly between people. You can use the chamber two to four times a week, but Tim reiterated to me that more than that can become too much of a good thing.

As cryotherapy becomes more popular, most medical communities agree that more research is needed to truly understand the long-term side effects and perceived health benefits of the practice. But thanks to Tim, I now see it as a viable alternative to some of the more invasive procedures I’ve relied on to reduce my lower back pain and joint inflammation when I have a flare-up.

Reprinted from The Vibrant Life by Amanda Haas with permission by Chronicle Books, 2019.