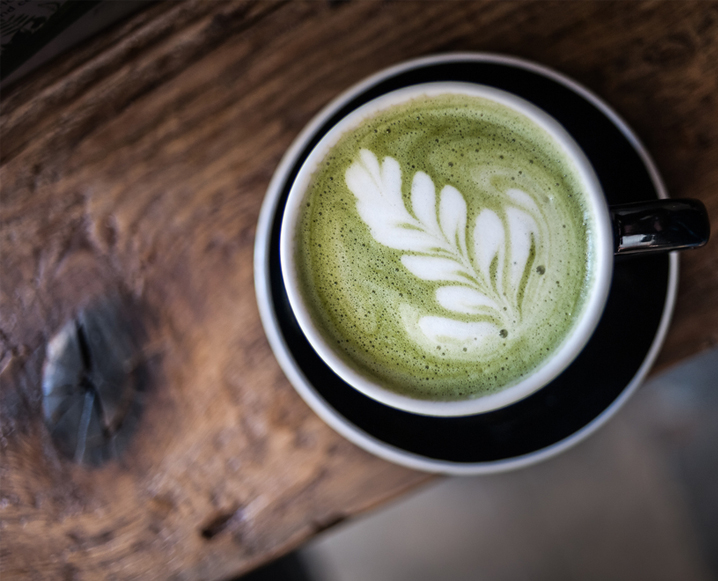 What you need to know: Matcha is green tea on another level. Made from whole green tea leaves, the entire leaf is delicately and finely ground into a silky smooth powder, as a way of maintaining the highest levels of nutrients. Matcha is a traditional part of Japanese culture, having been used in tea ceremonies since the 12th century. It is also commonly consumed by Buddhist monks to keep them alert, awake and focused during long days of meditation and practice. Matcha is known for its health-promoting properties, boosting the metabolism, aiding in weight loss, calming the mood and cleansing the body. It is rich in chlorophyll, a powerful detoxifier that helps to eliminate both chemicals and heavy metals from the body. In addition, matcha is one of the highest sources of antioxidants, possessing as much as twenty times more antioxidants than pomegranates or blueberries.

Why you should try it: One of the reasons matcha tea is considered a superfood is its catechin content, containing high levels of EGCg (epigallocatechin gallate). Research has indicated that EGCg provides potent cancer-fighting properties while also protecting the body from chemotherapy. Most importantly though, EGCg counteracts the damage done on the cell’s DNA from chemical, UV ray, and radiation exposure. Matcha is also rich in L-theanine, a rare amino acid that acts on the brain’s functioning to promote a state of relaxation and well-being. In addition, research has shown that L-theanine may help improve memory and the ability to learn. While L-theanine is common in all tea, matcha can contain up to five times more than common black and green teas.

Let’s get together: Matcha is naturally quite bitter, so it is best blended into a drink or latte. A common favorite here at The Chalkboard is a matcha latte, which we make by adding DoMatcha’s organic matcha powder to Pressed Juicery Vanilla Almond Milk. Since it is naturally sweetened with dates, the bitter aspect of the matcha is toned down just enough to make it one of our most treasured afternoon pick-me-ups. And if you are looking for a more refreshing way to enjoy matcha, try this sparkling matcha tea drink by Motto. Made with sparkling water, honey, lemon and apple-cider vinegar, it’s an inventive spin on the traditional tea drinks.