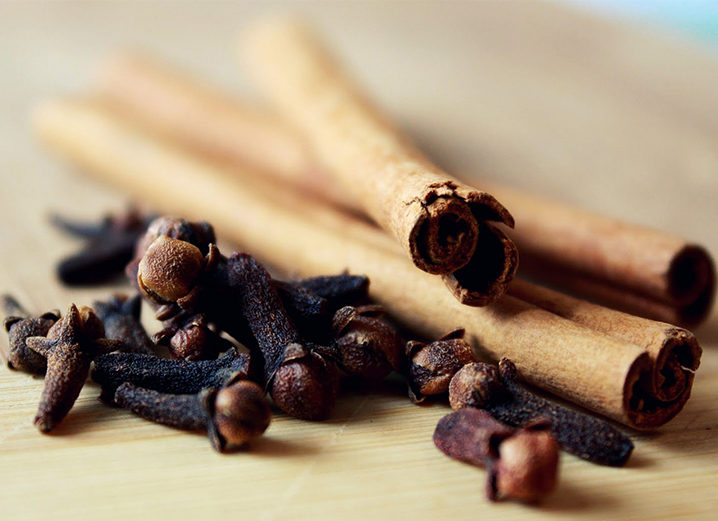 What You Should Know: Cloves are a popular spice this time of year, whether blended into pumpkin pie or used to add subtle flavor to holiday cookies and teas. But this simple little holiday spice, like many other spices of the season such as ginger and cinnamon, pack a nutritional punch, as well! Cloves are actually the dried flower buds of the clove tree. These Indonesian buds have long been dried and used as a spice throughout Asia, valued especially for their strong, aromatic flavor.

Why You Should Use It: Even when dried, cloves contain quite a bit of an aromatic oil called eugenol. Eugenol is a powerful antioxidant with anti-inflammatory, antiseptic and possibly anti-fungal effects. In some studies, those with diets high in other anti-inflammatory foods (like cold-fish) seemed to get a super-charged anti-inflammatory boost by adding clove extract to their diets as well. Packed with phytonutrients, cloves also contain high levels of fiber, manganese, omega-3 fats, and vitamin C.

Let’s Get Together: You’ve probably already had cloves this season – possibly without even knowing it! Cloves are often hidden in blends of other spices such as those in Thanksgiving pies or chai tea. Both are great ways to include this powerful little spice into your diet and if you’re really a fan of chai, we suggest checking out our recipe for ginger and clove-spiced chai here.

But if you’d like to try your own hand with cloves in the kitchen, why not experiment with the traditional French technique called onion cloute or pique. Somewhat confusingly, this technique make an onion look quite similar to an orange holiday pomander, but it would be best not to deck the halls with this one! A whole, peeled onion is studded with cloves, pinning bay leaves in between. The French have used this method for generations as a beautiful way to infuse this complex blend of flavors into sauces that can then be easily removed. We suggest using this method to flavor a traditional French bechamel sauce using all-organic ingredients.