Simplest Health Tip Ever: Eat Herbs at Every Meal 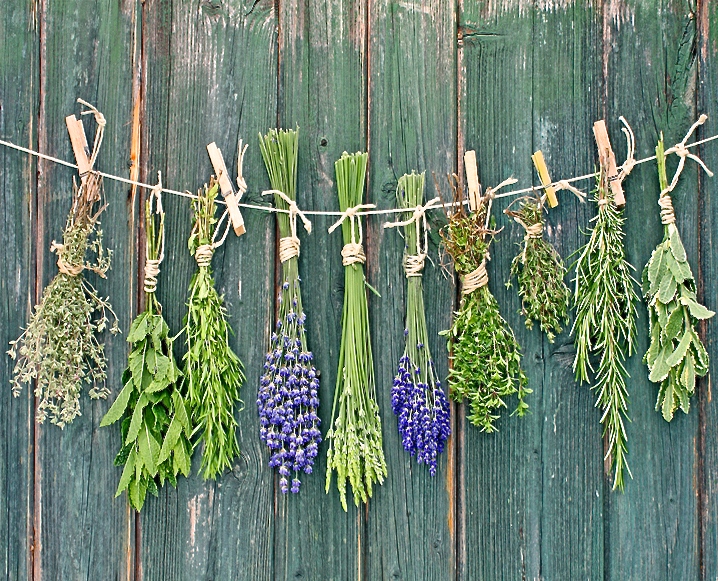 Cooking with herbs isn’t just a culinary thing, its also one of the easiest ways to instantly upgrade the nutrition of just about anything you cook. Herbs have the power of taking a bland dish and turning into something gastronomically significant. Oregano turns tomato sauce into a flavor-driven marinara, cumin and bay leaves turn coconut milk into a aromatic curry, and cilantro turns avocados into the perfect guacamole. Herbs are the life blood of a dish, and just as they vitalize a collection of ingredients, they vitalize the body as well.

While we may gravitate towards herbs for culinary reasons, the inclusion of herbs into the diet is one of the fastest ways to improve our health. Each herb contains unique healing properties that have the ability to perform countless functions in the body. For example, the herbs parsley and cilantro have been shown to bind to metals in the body, helping them to be eliminated. Oil of oregano contains a potent antibacterial called carvacrol, which is regularly used to combat the common cold. No matter which herb you choose, their simple addition into your diet can help to protect your body from the onset of disease, while also improving your overall well-being.

Adding cleansing herbs to your meals is one of the simplest things you can do to boost your diet. The trick is to not be confined by the limitations of classic herb pairings. Experiment with them and you will soon find out how versatile they can be. Choose a few from your farmer’s market or local grocery store, and start adding them into everything – from salads and soups, to grain and bean dishes, even your morning smoothie or green juice.

A few of our recent favorites? Lemon verbena and thyme in a large green salad, dandelion in our green juice, purslane in a steamed veggie quinoa bowl and chocolate mint in our raw desserts. Here’s how to mix things up: scout of the farmer’s market and try a new herb every week! Try something you have never heard of or tried – and just buy it. Before you know it, you’ll be reaping the benefits of a wide variety of herbs while also diversifying the flavor profile of your go-to meals. Nothing changes a dish like the simple addition of a new herb. Here is our very own herb guide below, find a new one and add it to your plate at your next meal.

A Guide To Cleansing Herbs

No Italian dish is complete without basil, but this delicious herb has more to offer then just an intriguing flavor profile. Basil has demonstrated the ability to inhibit the growth of many disease-causing bacteria that are otherwise resistant to antibiotic drugs. Among these bacteria is one that is commonly contracted from food, and is a leading cause of diarrhea. Basil is also rich in anti-inflammatory compounds, antioxidants, vitamin A and magnesium, making it a significant player in cardiovascular health.

Also known as coriander, you will see this popular herb used in many therapeutic formulas. Cilantro has been referred to as the anti-diabetic herb, having the ability to balance blood sugars if consumed regularly. Cilantro may also lower cholesterol and inflammation levels in the body, making it the perfect choice for cardiovascular health. It also has potent antibacterial properties, that may prove to be a safe, natural means of fighting salmonella –  the pervasive bacteria and sometimes deadly cause of food-borne illness.

Our favorite addition to homemade pickled vegetables, a light cucumber salad or an egg soufflé, dill contains key antioxidants known to protect against disease. Dill has high concentrations of volatile oils that are believed to be chemoprotective – protecting against a wide range of cancers. These oils may also help to neutralize particular types of carcinogens, such as those from cigarette smoke, car exhaust and household outgasing. Dill also contains calcium and iron, making it a protective herb against osteoporosis (bone loss).

One of the most unique and aromatic of the herbs, lemon verbena is the perfect choice for improving mood. Research indicates that this herb can offset symptoms of depression, while promoting the health of the nervous system overall. Lemon verbena is also commonly used as a tea to relieve nausea, vomiting, diarrhea and other gastrointestinal symptoms.

It has now been proven in research studies that mint has the ability to soothe the stomach and to ease ailments of the digestive tract. Mint is used for irritable bowel syndrome, nausea, indigestion and colonic muscle spasms, and may be effective in preventing infection from H. pylori, MRSA and salmonella.

Oregano is one of the most potent herbs, containing unique volatile oils, carvacrol and thymol, known to fight off bacteria. Oil of oregano is a popular remedy for the common cold and flu, and can even be used to prevent their onset. Another use of oregano is to strengthen the body against infection from the amoeba Giardia lamblia. Additionally, oregano is a powerful antioxidant, shown in studies to have 42 times more antioxidant activity than apples.

Parsley, also known as rock celery, is a staple in the kitchen. Parsley is one of the highest sources of vitamin K, making it essential for blood clotting, and bone health. Parsley also contains concentrated oils that have shown to inhibit tumor growth, and to protect against the onset of cancer. Additionally, it is also believed that parsley helps to clear heavy metals from the body, much like cilantro.

This fragrant herb is one that has been historically used to boost the immune system, increase circulation and improve digestion. Rosemary is also believed to stimulate and strengthen the memory, increase concentration and sharpen focus. Finally, rosemary has anti-inflammatory compounds that are used to lessen the side effects of asthma.

Much like its name suggests, sage is an herb known to boost your wisdom. Thanks to a study released by Pharmacological Biochemical Behavior, we now know that the regular consumption of sage can drastically improve your memory. Sage has even been suggested to be a ideal addition to any Alzheimer’s treatment protocol. Additionally, sage is a common recommendation to help lower inflammation levels, especially in those with arthritis and atherosclerosis.

Thyme has an array of benefits, but it is best known for its ability to ease symptoms of the respiratory tract. Thyme is a common remedy for coughs, bronchitis and chest congestion. Thyme has also been shown in research studies to fight bacteria, making it an important addition to food to protect against food-borne illness.