In the Kitchen with Elena Brower 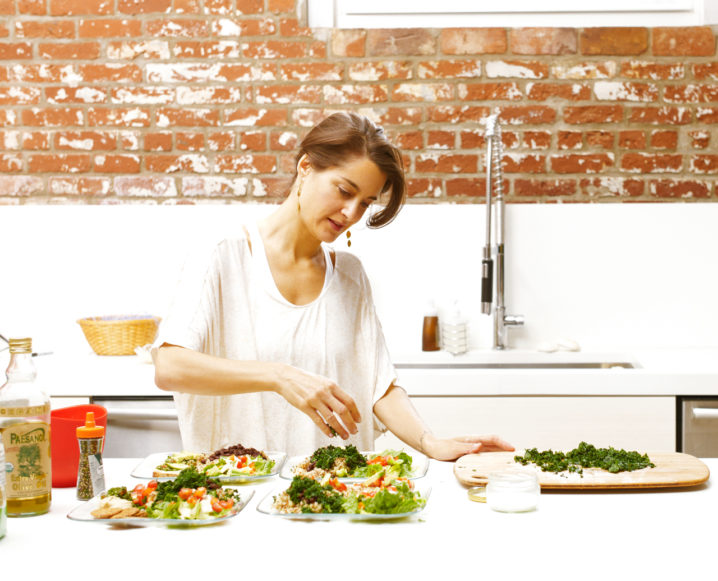 Ode to the modern family: my boyfriend and I have a fun revolving schedule of kids (we each have one) and exes (we’re both close with them). So we spend as much time as we can together with family and friends, and while meals are often out at restaurants or ordered in, we do love to sit down with these various iterations of family and share meals when we can.

The frequency of those restaurant meals yields plenty of leftovers, and now that we’ve settled into our new place in Spanish Harlem, I’ve begun designing meals around the leftovers with some super simple additions to round things out.  And we do have a table, but we always end up gathering around the island, where I love playing bartender. This lunch was made with our leftovers for some dear colleagues during the week of the Yoga Journal Conference in New York City, and we enjoyed a really sweet, nourishing meal. 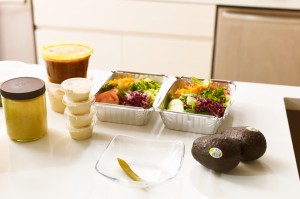 This was the haul from a meal at Persepolis, a genius Persian restaurant on the Upper East Side of Manhattan. To work with, I had salads, creamy dressing, hummus, lentils, babaganoush and some yogurt with chopped beets. I needed a good grain, some dark greens, avocados and some of my own already-made miso dressing (which consists of equal parts lemon juice and olive oil, with 3 heaping teaspoonfuls of sweet white miso, blended with a whisk). 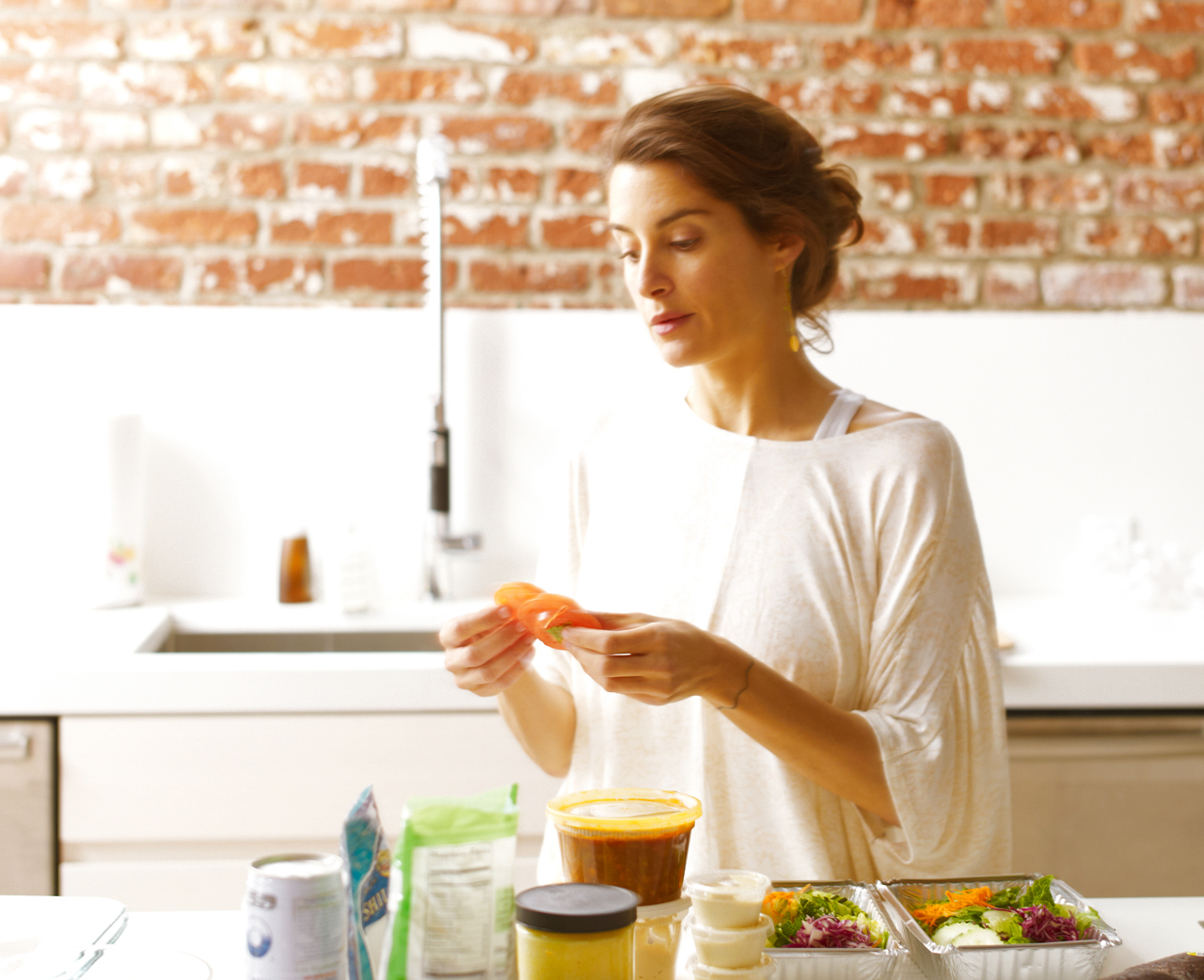 First I just went shopping in the salad. Tossed the sliced tomatoes, kept the still-crisp greens and carrots. There were four of us eating so I set up the four plates and started making an artful assembly line. 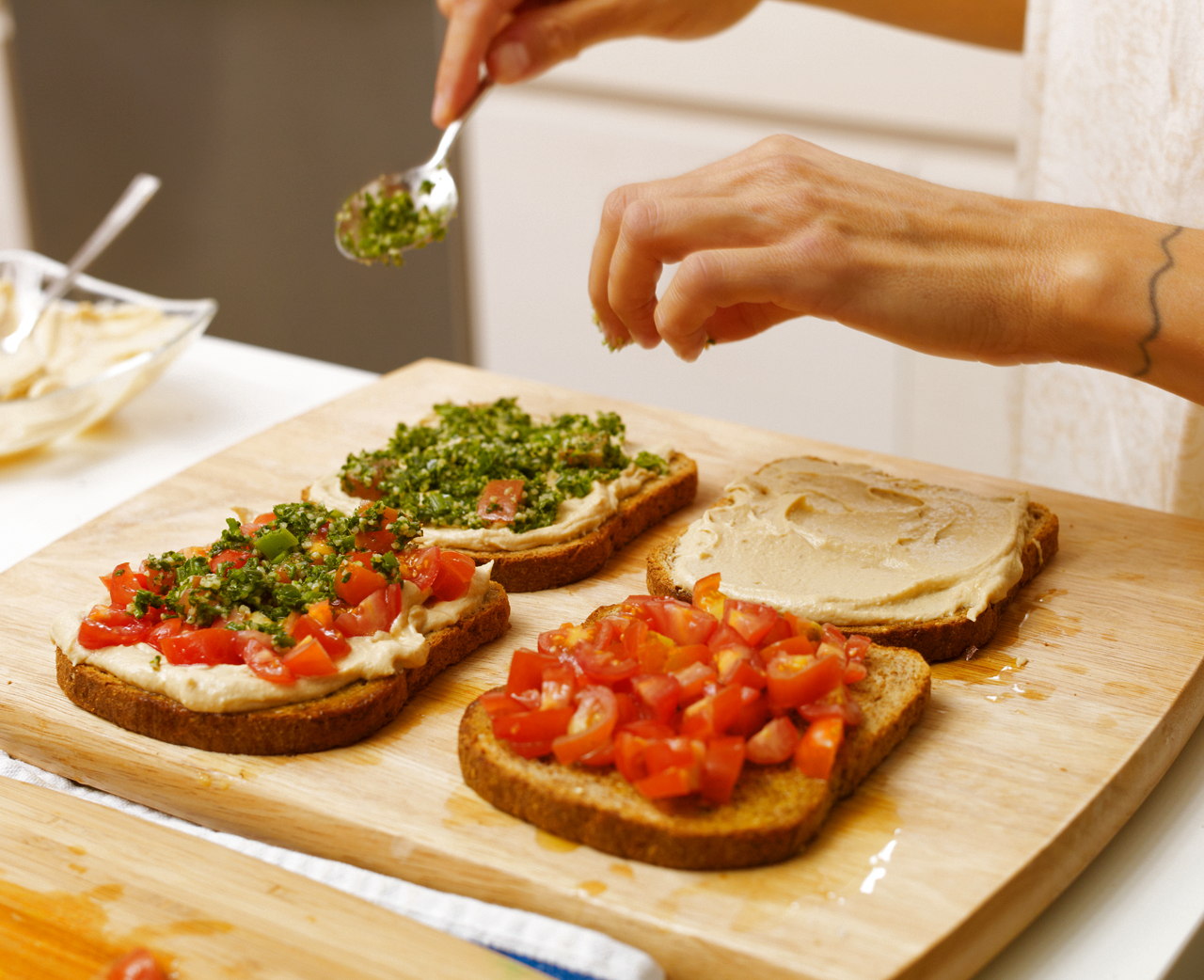 Another look in the fridge yielded a pint of organic tomatoes which I chopped up to make bruschetta. First I toasted four slices of Ezekiel bread, poured on the olive oil and sprinkled with coarse sea salt.  Then I asked everyone to place their orders (hummus, babaganoush, tomatoes, sliced avocado). In the habit of cutting off the crusts for my kid, we had triangular perfect-bite slices to order. One of my friends is gluten-free so I gave her some Mary’s Gone Crackers to go with her choice of toppings. 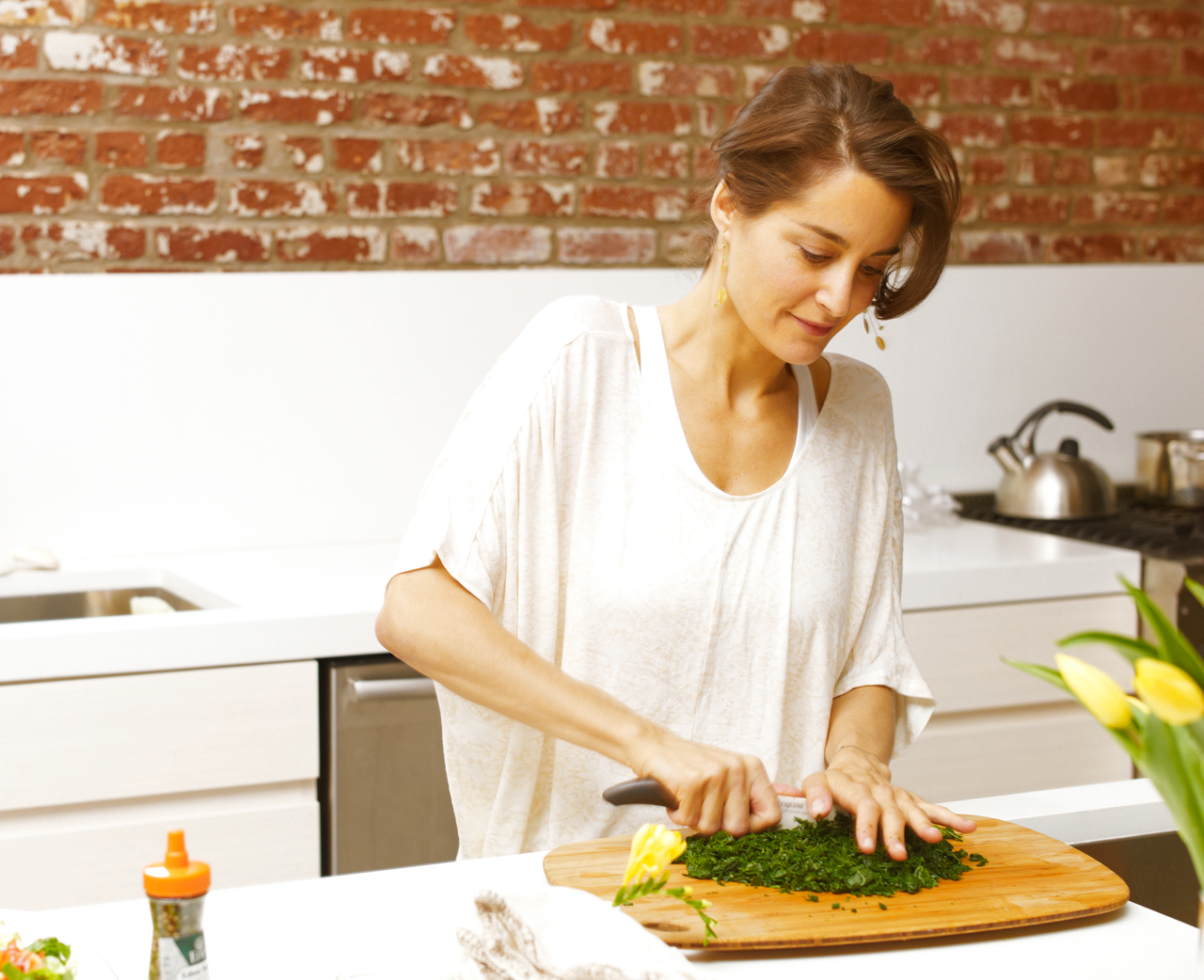 After washing the kale (1-2 bunches for 4 people), I boiled a shallow pan of water and blanched it quickly in the water. Keeping the colander in the sink, tongs are great to quickly bathe the kale in the hot water. Once it’s been dunked, take it out, put it in the colander and douse it with cold water (ice works as well) to stop it from cooking. Tongs help squeeze out the excess water from the hot kale and then I like to chop it up super fine. 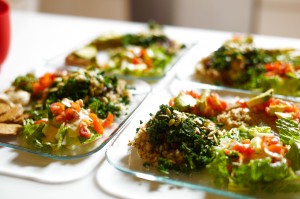 After putting the quinoa onto the plates next to the salad, I was about to heat up the lentils when I saw that my boyfriend had put the beef entree leftovers into the lentil container – and none of us eating that lunch were down with beef in that moment, so I got a can of organic spicy black beans and heated those up, put them on top of the quinoa, then sprinkled the chopped kale on top.  Then I added some sprouted raw pumpkin seeds for crunch, poured my miso dressing on top and voila!