What Moby Drinks For Breakfast: Inside His New Vegan L.A. Restaurant 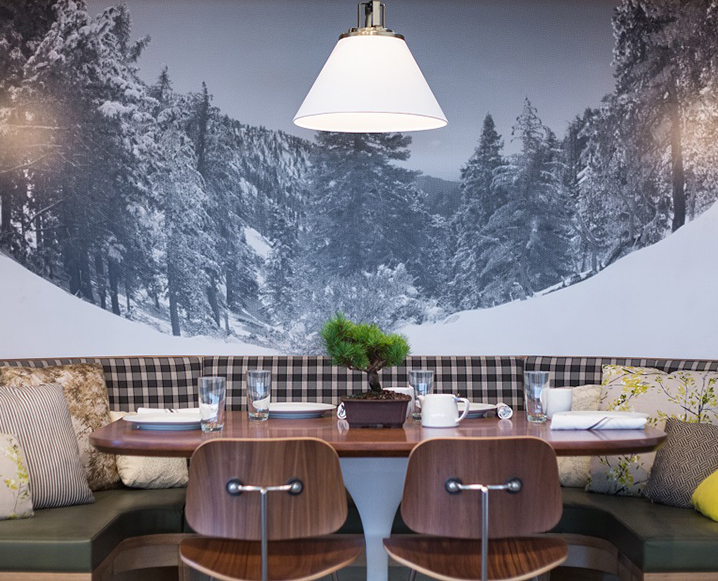 Moby’s new restaurant, Little Pine has been causing a stir among L.A.’s vegan foodies and we totally get it. The musician, die hard animal activist and champion of all things vegan opened his new bistro with a heartfelt cause: his 100% organic and vegan restaurant plans to donate 100% of its profits towards animal welfare organizations, taking meatless Mondays to a whole new level!

Nestled in the artsy community of Silverlake here in LA, Little Pine is the perfect cross between a cozy ski cabin in the woods meets sleek mid-century modern LA hotspot and serves up simple, healthy Californian-inspired eats.

We had the chance to sit down with Moby and quiz this vegan pioneer on everything that makes his short list for living well. Check out these staples and snag Moby’s recipe for a daily superfood smoothie.

My food philosophy in one sentence:

Eat what you love, as long as it doesn’t have eyeballs.

Quick oats with raisins, walnuts and cinnamon. It can be made anywhere.

If I could give just one piece of health advice it would be...

Always remember that your actions have consequences, both good and bad, long term and short term. Pretending that actions don’t have consequences is the single stupidest thing that we as humans do.

Calcium and DHA, and occasionally, B-12.

Can’t live without my:

Once a week for my health I:

Dance around my house to old punk rock records.

Ingredient in products I always avoid:

3 staples always in my medicine cabinet:

At least once a week I cook…

5 things always in my travel gear:

Combine all ingredients in a blender and blend well.