The Crazy Turmeric Tonic People Are Drinking in Bali 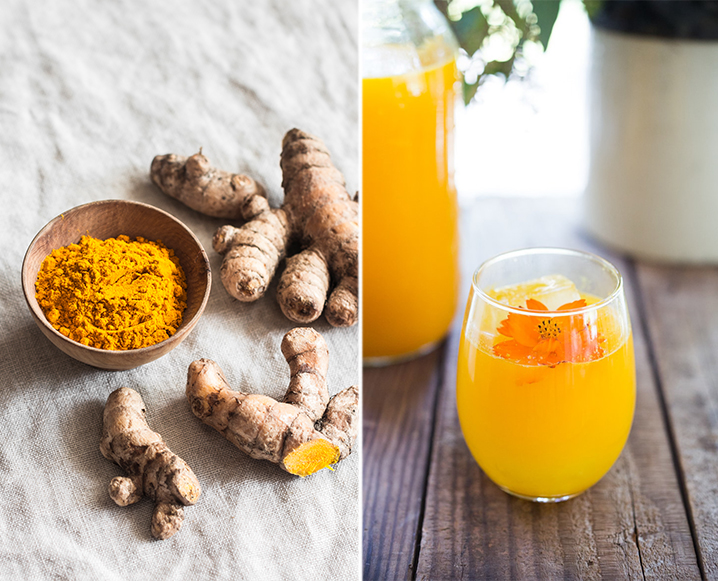 Jamu is a traditional Indonesian herbal drink that’s said to promote inner and outer health and beauty — and we believe it; the ingredients just don’t lie. The simple recipe, which includes turmeric and ginger root, honey and sometimes tamarind, has been passed down from generation to generation for over 1,300 years and boasts some major health benefits, earning itself a local reputation as a ‘cure-all’ elixir.

Jamu only recently landed on our radar thanks to the new season of Chef’s Table, in which former NYC pastry chef, Will Goldfarb retreats from the Big Apple to the off-the-grid lifestyle of Bali and gets hooked on the golden elixir. Goldfarb’s time in Bali exposes him to a variety of exotic culinary traditions, many of which use food to heal – including jamu. He now preps a daily jug of the stuff which had us drooling for a stockpile of our own.

The healing potential of turmeric is no new news to the wellness obsessed. We regularly take shots of the stuff to reduce inflammation, improve digestion and enhance immunity — these minis from Pressed Juicery are some of our faves. After hearing that people in Bali are tossing back glassfuls of the juice we just sip out of shot glasses, we were intrigued. We’ll be trying the stuff all spring. Want in? Here’s the simple recipe…

How To Make Jamu

In a blender or ‘bullet’, combine the turmeric, ginger, and ½ cup of water. Blitz on high speed until the mixture resembles a fine puree. Pour the puree into a pot and add remaining water and honey. Bring to a boil then reduce heat to continue cooking at a gentle simmer for 20 minutes. Turn off heat and add lemon. Using a straining sheet, strain the mixture into a container and keep in the refrigerator for future use. Enjoy warm or cold!