Fear Is Not An Option: Why Olympian Aly Raisman Is The Role Model We All Need 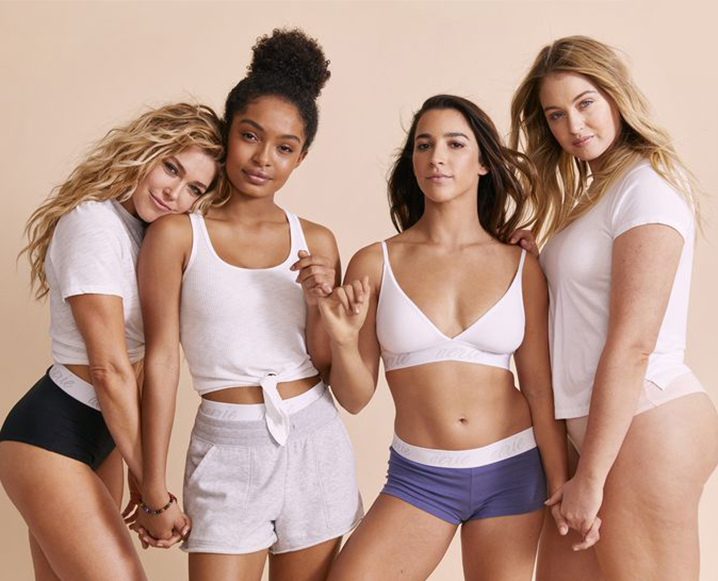 Aly Raisman is strong. The young gymnast, who first grabbed our attention at the Olympic games in London has a powerful body, no doubt, but that’s nothing compared to the force of her spirit, the volume of her voice or the impact they’re making of late.

Last week, the gold medalist was named as one of the new faces of Aerie’s body positive lingerie campaign, and we can’t remember the last time we were this enthused about an ad. Aerie made a commitment to go Photoshop-free in their ads beginning in 2014, and we’re thrilled to see more and more girls with real bodies spotlighted and celebrated in this way.

We had major respect for this talented athlete as women’s Olympian gymnastics captain for both the 2012 “Fierce Five” and 2016 “Final Five” — squad goals anyone? — but her recent leadership during the Larry Nassar trials show that Aly is a leader beyond just games too. During her much publicized court statement, Aly implicated not only the sports doctor who has been convicted of molesting more than 150 former patients – most of them young female athletes –  but also the U.S. Olympic Committee and USA Gymnastics organization for failing to intervene on behalf of the young abuse victims in their programs.

Aly pleaded with the judge to “hold accountable those who empowered and enabled Larry Nassar.” Within days of Aly’s statement, three leaders of USA Gymnastics had resigned and the U.S. Olympic Committee had promised an independent, third-party investigation into what went wrong.

It’s rare for us to cover snapshots of current events like this that expand beyond health and wellness, but we think women like Aly and brands like Aerie are making an impact on the way young women perceive their bodies and their personal power.

We love that Aly is speaking up with ferocity on the issues that matter most. What do you think? Tell us your thoughts in the comments below…

Share the post "Fear Is Not An Option: Why Olympian Aly Raisman Is The Role Model We All Need"