Empower Point: How To Change Your Life 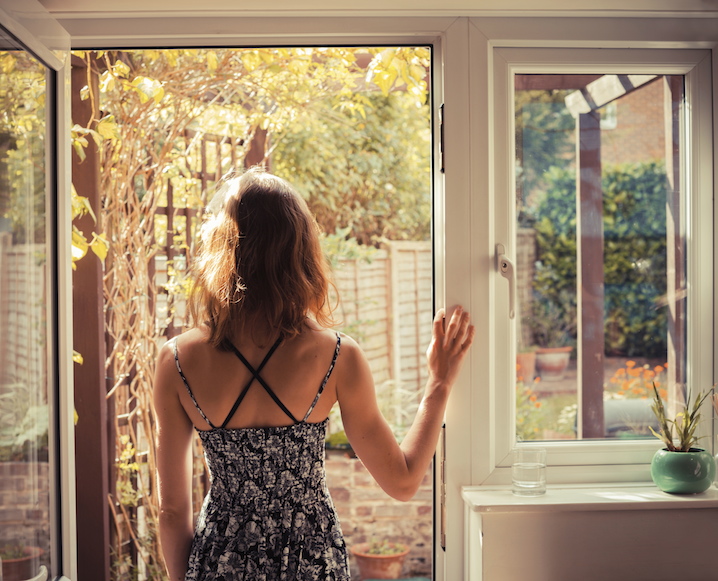 I blink my eyes open and I am surrounded.

I walk out into the still-sleeping streets and they close in. The busses plows by and I’m hit with their force. Signing onto Facebook, tweeted out on Twitter. On fitness product placards and grocery story windows and spa practitioners and mega-store outlets.

I know them so well: the claims and calls to change your life.

They make it seem so easy – just sign up and go. Just buy this thing or set this goal, and once it’s yours you’re the You that you want to be. Simple as that. Laughable, right?

Honestly, we’re the ones who are the laughing stock in these situations. We’ve been duped, and it’s at no fault of the companies and corporations. They just know where to hit the soft spots. We want change; we’re starved for it, even.

There’s this somewhat confusing feeling that comes with big change. It’s excitement, it’s anticipation, it’s bliss – but it’s also a little fear, a lot of oddity, a dash of confusion, a muddle of discomfort. The dichotomy can be enough to frighten us away. And that’s where they get us: offering up a place to go when the real steps are just too scary.

Working out is too hard? Try this machine. Eating well is too expensive? Buy this cheap box of massive claims. Finding love in all the wrong places? Gurl, you totally need a new wardrobe. Hello, just go to that class 3xs a week and watch your life fall into place! It worked for us, it’ll work for you.

We often associate discomfort with something bad – but what if we’re just displacing our true emotions? Discomfort merely means a state of non-comfort. And sure, sometimes that’s a by product of a very bad place to be. A place of falseness, lies, of going against who you truly are. But discomfort can also be the by-product of massive shifts and important changes in motion – the by-product of being affected by them.

To make lasting change, we must allow ourselves to be affected. To be moved.

We must allow ourselves to feel.

Sure, joining a gym or getting a new pair of jeans can be awesome, I’m not discrediting that. But they’re baby steps on the road to lasting change, supporting players instead of leading roles.  Going to a spin class for the sake of checking it off your to-do list won’t get you the change you want, attending yoga so you can say you did won’t make you feel good, and eating healthy foods for bragging rights won’t get you glowing –  you’ve got to surrender yourself to the experience. Because there will be bumps in the road and they will cause discomfort. If you disengage from the feeling, you disengage from the change. That’s why so many of us fall back into our old habits and fall for the schemes over and over.

Ever entered a room or started a conversation and felt an immediate coldness? That is what happens when someone disengages, when someone decides they do not want to be affected: everything freezes. Connections remain on a surface level, interactions are completely on the outside. No wonder so many of us flip out when we’ve found a new soul-friend or a lustworthy guy! It’s not that the depth of character is so rare, it’s that too many of us fight against it or freeze it out. Depth is uncomfy, depth means you can be affected. Depth means you feel things that sometimes will hurt. But depth is also what warms us up from the inside out. It’s our internal thermostat.

It’s become an unconscious choice for so many of us not to feel. With so many external stimuli and quick-fix claims, affectation needs not a place. So many of us are looking for The Answer, that thing that will shift everything around. We spend so much time looking outside that we never let the outsides in and our insides live.

Ready to have your mind blown? Change does not come from something. It comes from all things. The insides, the outsides, the marriage of the two. There is possibility for change everywhere, and you never know for sure where you’ll find it. Allowing yourself to be affected, to be moved, to feel, is to allow yourself permission to move into that change that’s so meant for you.

And so while the bus sign and Newsfeeds and grocery-store windows try as they might, their claims are no substitute for the magic that unfolds when we just open up and feel. We’re all fine-tuned on the inside to respond to every effect and affect in a way that’s all our own – taking a deep, long breath and opening up our insides to our outsides is way more effective than any claim you’ll read. You don’t need a pill to see a shift. You don’t require rules to make a difference. And just going through the motions is nothing compared to what happens when you are shaken to the core by the way they make you feel.

Open your doors. This is all yours.

Now go and change your life.