The Power of EFT Tapping Therapy To Deal with Unresolved Trauma 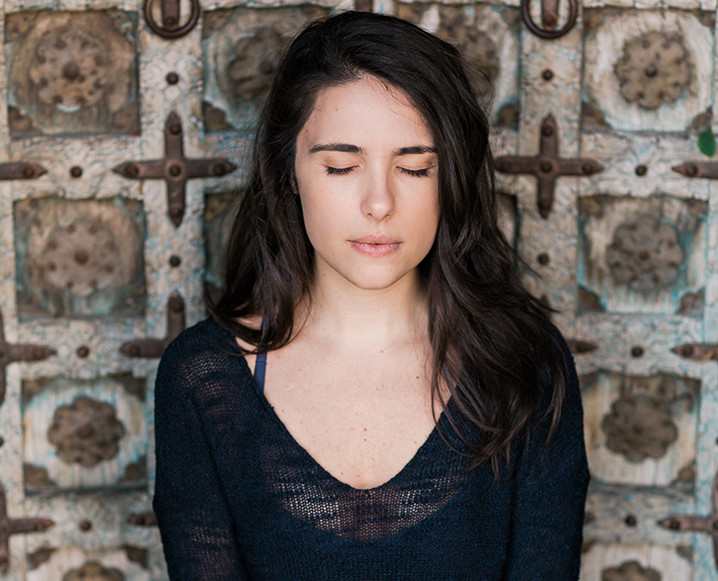 TCM Classics – This story was originally published in 2016, but we loved it so much we decided to bring it back. Jennie Miremadi recently took over our Instagram to remind us of the magic of EFT tapping for dealing with trauma — watch the full story here.

We work hard to help ourselves heal (physically, emotionally and spiritually), but sometimes – if you’re a human – the damage runs deeper than we can reach on our own. EFT tapping is a fascinating therapeutic technique designed to tear down the emotional barriers blocking us from accessing all-encompassing wellness. Integrative nutritionist and self-love sage, Jennie Miremadi, has experienced the transformative benefits of EFT tapping firsthand, and wants us all to feel the freedom of releasing the weight of emotional baggage. Here’s Jennie…

EFT tapping is a technique designed to help reduce the intensity and impact of prior traumatic events. EFT functions on the assumption that people can improve most areas of their lives by removing or releasing unresolved emotional barriers. Indeed, EFT is often described as emotional acupuncture without the needles.

Emotional Freedom Techniques or EFT (often called tapping) has been touted as a solution for a whole host of issues, including: stress, anxiety, depression, PTSD, trauma, physical pain, phobias, weight management, cravings, and scholastic, business, athletic and artistic performance issues. As an EFT tapping practitioner, people often ask me two questions: what exactly is EFT? And, does it actually work? Let’s explore…

How Do You Do It?

In EFT, you use your fingers to tap on particular points of your body and face that are specified in traditional Chinese acupuncture and situated on energy pathways–called meridians–that run through your body. While tapping on the meridian points, you simultaneously think about a past event, incident, or memory that evokes a negative emotion. Thinking about the event coupled with simultaneous meridian point tapping is believed to release or lessen the intensity of the negative emotion. This makes it possible to think about that same event, incident, or memory with a much lower emotional charge or without experiencing any negative emotion at all.

What Is It Used For?

Here’s an example of how EFT tapping works: let’s pretend that three years ago you tripped in front of a huge audience right before you were about to give a speech. When you think about this incident, you feel embarrassed and angry with yourself for not being more careful.

Imagine you were to rate your level of embarrassment on a scale of 0 to 10, with 10 being the most embarrassed you could be and 0 being not at all embarrassed. You also rate your anger on the same scale.

If your embarrassment was a 5 before starting EFT and your anger a 7, after doing rounds of EFT, these levels are likely to drop to a 0, so that you can think about the time when you tripped without feeling embarrassed or angry.

After doing EFT, your perspective might also shift so that instead of feeling angry with yourself for not being more careful, you might believe that you were brave for getting back up and giving the speech after tripping. EFT may help you feel a profound sense of relief and unburdening about a particular memory, in addition to potentially changing your perspective on it.

But… Does It Actually Work?

Using EFT to clear the specific incidents that make up your belief of “I am a failure,” makes it possible for the belief itself to ultimately crumble. However, clearing a belief or issue rarely happens overnight. Even though you might clear a specific event related to the belief “I’m a failure” in one or two EFT sessions, the broader belief of “I am a failure” is unlikely to be gone in such a short amount of time, especially if there are numerous unaddressed incidents from your past still supporting that belief. Thus, keep in mind that while EFT has the potential to be life-changing, working through issues and beliefs can take time.

For the skeptics out there who think EFT not only looks strange, but also sounds too good to be true, there are scientific research studies published in peer-reviewed journals that support use of EFT * for anxiety, depression, phobias, PTSD, pain, physical issues, weight loss, cravings, professional and sports performance.

For example, three separate randomized controlled trials (“RCTs”) found that one EFT session was generally sufficient to resolve phobias. Each of the studies also included a period for participant follow-up and found that participants’ phobias remained at substantially lower levels than before the EFT treatment. In another RCT where EFT was used with war veterans, after six EFT sessions, participants’ symptoms of PTSD dropped to a “regular” range and remained at that level upon follow-up. And, an RCT of participants in an EFT-based program for weight loss found that during the year following the weight loss program, program participants lost 11.1 pounds on average . These are just a few of the many studies that support EFT’s effectiveness.

Despite this abundance of supporting research, I have read stories of and encountered people who have previously tried EFT and have said that it didn’t work or the positive effects didn’t last. In an upcoming part II of this series on TCM, find out why many people aren’t reaping the benefits of EFT, how to avoid ineffective EFT and tips for using the practice effectively on your own.

Have you heard of EFT tapping? Have you tried it? Would you want to?
Let us know your thoughts in the comments below!