Creepy Or Nah: What's The Deal With Human Probiotics? 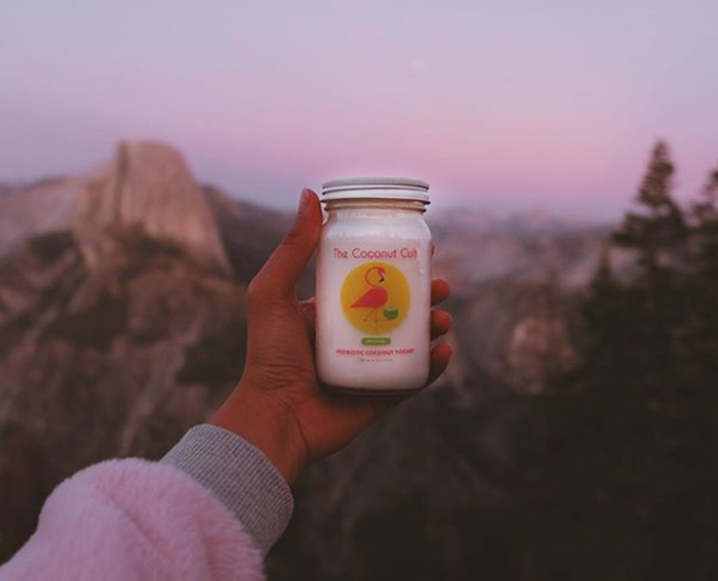 No humans were harmed in the making of human probiotics. The concept may sound creepy to the uninitiated, but a human-sourced probiotic is the most natural kind of superfood with benefits that outlast plant or dairy-derived strains.

The term “human probiotics” landed on many of our radars for the first time when The Coconut Cult did. The LA-based vegan yogurt brand, which is available in high-end health food stores up and down the coast, has established a cult-level following amongst the in-the-know wellness crowd. Their dairy-free yogurt is made from fermented coconut, and acts more like a supplement than a breakfast staple — it’s super-powered by 800 billion highly active probiotics that The Coconut Cult ferments into every quart, including 15 strains of human probiotics.

We chatted with Coconut Cult’s founder all about the brand in this fascinating Facebook Live. There are many different categories of probiotics; there are the more traditional dairy or plant strains but then there are also human probiotics — a more evolved bacteria strain that is more adapted to our immune systems and designed to stay in our system longer. In a good way.

What are human probiotics? According to The Coconut Cult, “human strain probiotics are derived from the human gut. But the original culture was acquired 30 years ago, and the strains have been purified in labs so that they are completely safe, carrying no harmful residue as just the strains themselves have survived. We use the best available super probiotics in our coconut yogurts”.

How Are They Different? Dairy probiotics are good and soothing, but your body doesn’t know what to do with that bacteria because it doesn’t naturally grow in the body. It’s meant for the cow. It’s good for you and it benefits in your body but it’s not meant to stay around. Human probiotics, when they’re eaten by a human colonate, create little colonies of good gut flora and stick around. This affects overall well being – the immune system, skin, energy levels and hormones.

What Are the Benefits? In addition to offering all the expected benefits of probiotics — gut health, digestion, immunity, inflammation, and recovery from eating something you’re allergic to — human probiotics have a long-term impact. So…what do you think about human-sourced probiotics — would you or wouldn’t you?