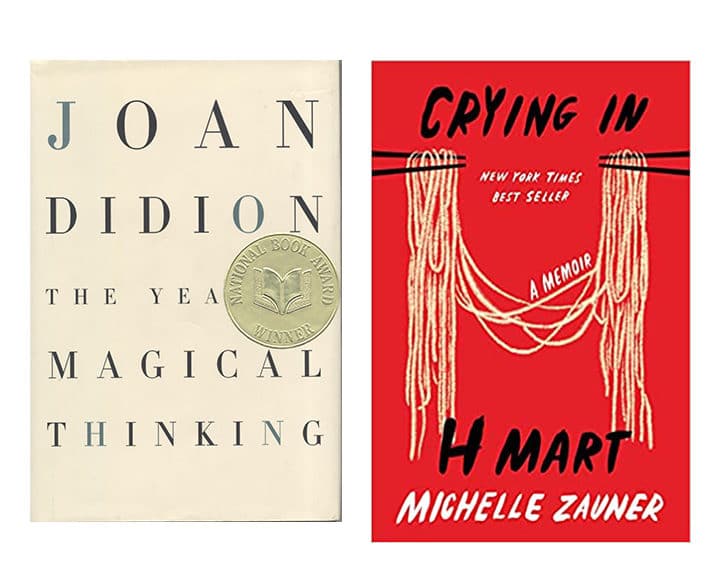 Nora Zelevansky is the author of Competitive Grieving, a dark comedy — and unlikely love story — about loss and the chaotic aftermath of death.

After being introduced through a friend earlier this year, we asked Nora to put together this collection of books on grief. Grief takes many shapes and forms and is a uniquely personal experience for each and every one of us. With so much collective loss in the world right now, we hope a few of these titles will strikes you as interesting reads as we make our way through the year…

There’s a famous Marx Brothers quote that has always resonated with me. Groucho, playing a hack doctor, checks Harpo’s pulse, then shrugs, “Either he’s dead or my watch has stopped.”

For me, that scene so perfectly encapsulates the inexorable link between humor and grief, loss and laughter, that I made the line an epigraph to my most recent novel. Initially, I included it more as a personal note, a kind of tonal guide when writing, but it endured through edit after edit and, ultimately, remained.

As a writer and a griever, humor is how I process and endure. But I understand that that’s not true for everyone. Not only do we all grieve differently, but our reactions and needs change as we move through various stages, both general and specific to our individual experience.

There are impactful novels and memoirs that explore all different experiences of loss in different stages of a grief journey. Fiction offers a chance to commiserate and escape, to find solace in the reactions of characters who can live out our experiences without the pesky limitations of reality. In memoir, we can find truth, companionship and connection, on someone else’s path.

Here are six books, including my own, that speak to different experiences of grief:

FINDING ACCEPTANCE | Competitive Grieving is a dark comedy, and unlikely love story, about loss and the chaotic aftermath of death. But it’s really about struggling to find catharsis, about the challenge of coming to terms with what’s happened while navigating the relationships your loved one left behind. When Wren loses her best friend Stewart, she struggles to believe that he’s actually gone. Instead of processing quietly, she’s forced to contend with his absurd group of other friends (and one adorable, but irritating lawyer) and finds herself confused about how well she knew her friend—and how well she knows herself. The book explores the struggle to accept the many realities of grief, including the (sometimes flawed) nature of the people we’ve lost.

RELEASING ANGER | Beach Read by Emily Henry is most definitely a love story, but it’s one that begins with more rage than romance. In the wake of her father’s death, January Andrews is mad—at the world, at her dad, at her mom, at the grouchy pseudo stranger in the house next door (who is actually her longtime rival). Certain realities that came to light after her father’s death have rendered her broken, unable to write, unable to function, unable to channel the kind of hopeful optimism that has previously characterized her existence. The story is about finding love in the wake of loss, but it’s also about releasing anger, especially towards the person who is gone. 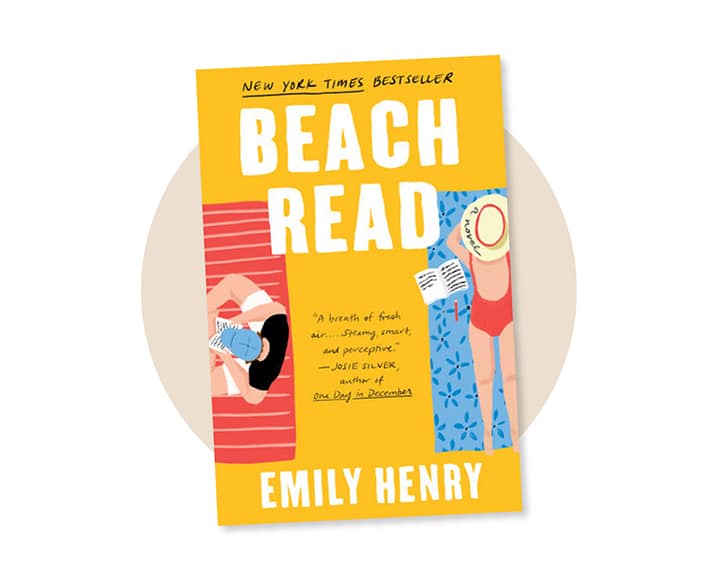 FINDING CONNECTION | Crying in H Mart by Michelle Zauner (a.k.a the indie rocker Japanese Breakfast) is the true story of a young woman who loses her mother to cancer, a reality that seems to threaten to erase her sense of self, as well. Pulling in elements of food, family dynamics and notions of identity, Zauner reconnects with what it means to her to be Korean and, through that process, stays connected to her mother. This is a story about finding lasting connection with someone we love, even in their absence, and developing new understanding of ourselves.

LIFE AFTER LOSS | Ove is grouchy (and old). At least, he seems grouchy (and old) to the neighbors in his housing development. In fact, he’s way beyond grouchy; he’s deeply depressed. A recent loss has left him without the will to live himself. However, the harder he tries to duck out of life, literally and figuratively slamming his door in the face of (too perky) people (and a cat) who want to know him, the more they return again and again to interrupt his plans. Fredrik Backman’s A Man Called Ove tells the story of man who, against his will, begins to realize that there is life after loss and slowly opens himself up to joy. 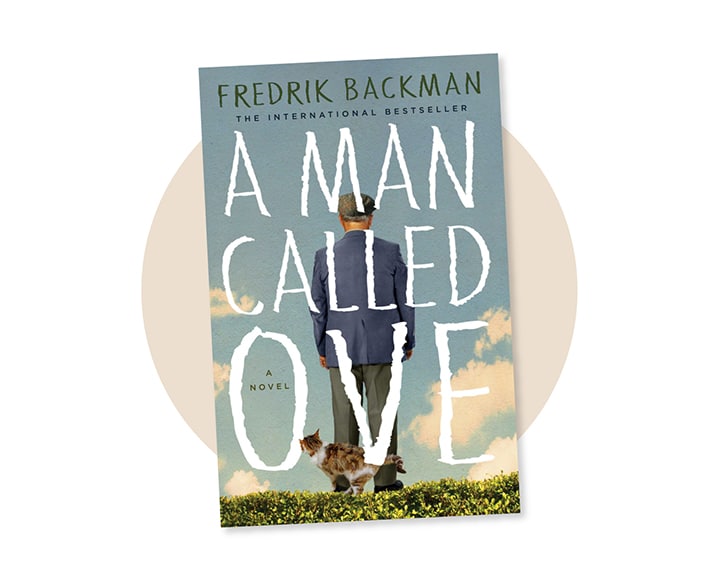 IN MEMORIUM |  Written by one of the most brilliant essayists of our time, The Year of Magical Thinking by Joan Didion tells her story of grappling with grief after her husband died suddenly of a heart attack at dinner, while her daughter was lying unconscious in an intensive care unit. Much of the book is told in the form of memories, as she recalls days that were a blur of shock, unreality and the fog of the past. What do our shared stories become when we’re the only ones left to process them? How do we begin to live our lives without our most important people? How do we savor and understand our memories, while still living our lives?

BEFORE AND AFTER |  A devastating and beautiful novel, not for the faint of heart, The Great Believers by Rebecca Makkai depicts the rise of the AIDS epidemic in Chicago in the 1980s, specifically how it ravages and impacts one entangled group of friends. Chapters toggle between the perspective of Yale Tishman, as he navigates the challenges of that time, and of Fiona, his friend Nico’s sister, who is in Paris 30 years later, tracking down her estranged daughter. The book underlines that sense that, after a trauma or tragedy, there is often a before and after—who we were and who we become. It looks at the same loss from the chaos of the inside and then, later, in the rearview mirror, with a certain amount of hindsight, but still an ongoing need to try to process and understand.