The 5 Biggest Mistakes You're Making On An Anti-inflammatory Diet 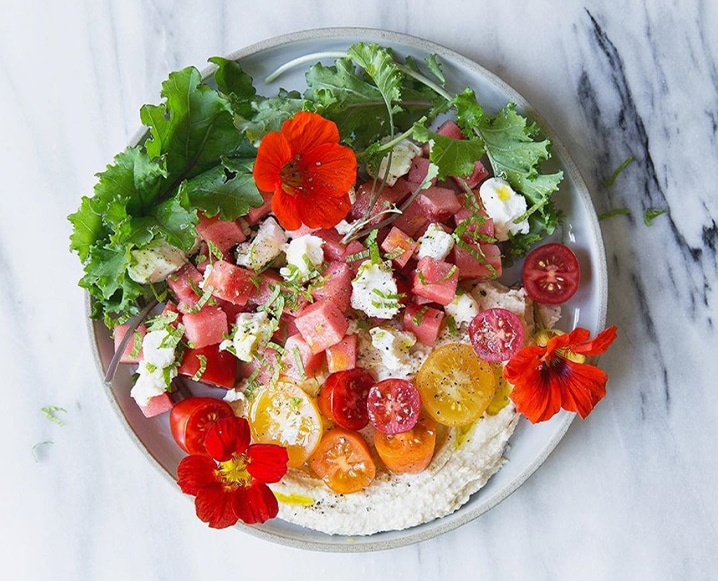 Reducing chronic inflammation in the body by way of eating delicious, nutrient-dense foods sound like a dream, but the benefits are as real as it gets. Integrative nutritionist, Jennie Miremadi, can attest to the potent healing potential of an anti-inflammatory diet like this one — but how do you know you’re doing it right? These simple guidelines will help you harness the power of anti-inflammatory eating like a pro…

Is There A Food-Inflammation Connection?To understand the food-inflammation connection, we look to the gut which has proteins called tight junctions that bind the cells of your gut wall together so that food particles and other substances don’t leak through. When you eat food that damages your gut lining, those tight junctions open and enable food particles and other substances to leak through, causing intestinal permeability or leaky gut. This is a problem because the immune cells located just beneath your gut wall identify the food particles as harmful foreign invaders and begin reacting to them. As a consequence, you’re left with chronic inflammation, food sensitivities and many resulting symptoms.

Then, after eliminating these foods for a set period of time, you begin to reintroduce some of them one by one to test which may be causing food sensitivity symptoms (see below for more specifics). Keep in mind that if you reduce inflammation and support your gut, in three to six months you can retest a food that you initially reacted to. You may find you do not have any symptoms.

Here are the most common mistakes that people make when starting an anti-inflammatory diet and how to avoid them:

+ There are plenty of nutrient-rich foods that you remove on an elimination diet such as eggs, bell peppers, eggplant and tomatoes — but these foods are a great addition to your diet if they don’t cause food sensitivity symptoms. Test these foods.

+ Foods with no nutritional value like artificial foods, processed foods and refined carbs are best left out of your diet. You don’t need to test these foods.

+ Although whole food-based, leave gluten-containing grains out of your diet, even if you don’t experience food sensitivity symptoms when you eat them. The reason is that gluten can trigger the release of zonulin, a protein that opens up those tight junctions that bind the cells in the lining of your gut, causing leaky gut.

+ Most people feel better leaving dairy out of their diet. However, if you’d like to try adding dairy back in, test it. If you’re able to consume dairy without experiencing any symptoms, eat it sparingly and make sure that you choose organic, grass-fed sources that are ethically and humanely produced.

You can also try testing soy and corn, but keep this in mind:

+ Make sure you choose organic to avoid exposure to genetically modified sources, which have been engineered to be resistant to the highly toxic herbicide glyphosate.

+ If you’re going to eat soy, choose fermented sources (like natto and tempeh) and steer clear of the processed versions found in packaged foods.

Eating organic, gluten-free, vegan-refined carbs | When you start an anti-inflammatory diet and look for swaps for the foods you used to eat, it might be tempting to eat lots of organic, gluten-free and vegan refined carbs such as cookies, chips, pretzels and crackers. But labels like “organic” “gluten-free” and “vegan” don’t make any food inherently healthy, and foods with these labels can still be and often are inflammatory.

For example, an organic, gluten-free vegan hot dog bun made from refined flour is totally devoid of nutrients and will still trigger inflammation and spike your blood sugar, even if it’s organic and made without gluten or dairy. So, when making substitutions, avoid refined carbs and instead aim to choose swaps made from whole food ingredients.

Adopting a diet mentality | If you only plan to stay on an anti-inflammatory diet until you reach a particular goal, like losing five pounds for example, and then revert to how you ate before, you are defeating the whole purpose of eating this way. Ditch the diet mentality and instead look at this anti-inflammatory nutritional approach as one of the most important lifestyle changes you’ll ever make to elevate your health long term. Then, to enable yourself to actually stick with it, focus on finding healthy, delicious ingredient and recipe replacements to take the place of the inflammatory foods you used to eat.

Not honoring you | Don’t let overwhelm prevent you from changing your diet. If it feels too daunting to fully adopt an anti-inflammatory diet right now, ask yourself what would be feasible and start there. In other words, pick one change you feel you’re ready to make and commit to integrating it in your life. Once it feels sustainable and effortless — whether it’s one day, week or month from now — pick another. Then another. Then another. Before you know it, you will have totally transformed the way you eat, and you will have done it at a pace that was right for you.

To truly reap the benefits of an anti-inflammatory diet you have to remove the foods that cause inflammation while simultaneously incorporating nutrient-rich, anti-inflammatory foods. So, make this your ultimate goal while transitioning at a pace that works for you so you don’t feel frustrated and give up. You can do it!